There’s a digging machine at a construction site near my workplace in Hong Kong Central. Enormous, cylindrical, and piston-shaped, it prepares the foundation of a new building on Pedder Street by driving a sheer metal shaft at least two feet in diameter into hard, raw concrete. When steel collides with stone, the ground shakes and an ear-splitting clangor pulsates through the air as the threatening piston trembles and rises to strike again. An auditory manifestation of the city’s pace of development, the piston slams into the ground again and again – a metronome beating out the urban tempo.

The monotonous impacts can be heard from several city blocks away. They create a frenetic rhythm. Legions of business people, coolies, and restaurant workers dash to and fro. Swarm this way and that. Point A to point B. They shield their ears. But they can still feel the machine pounding away. It’s under their feet. Reverberating through their legs. Vibrating up their spines. It resonates beneath their scalps. Within their joints. Deep into the ventricles of their hearts.

Victoria Peak can be reached by taking the Peak Tram railcar, but the rewarding route is taken by those who offer their sweat and energy for a communion with nature instead of exchanging money for air-conditioned comfort in yet another real estate developer’s creation. 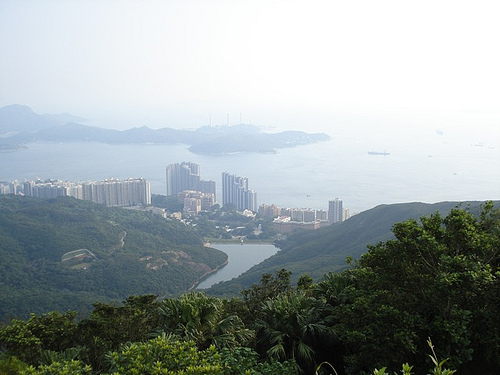 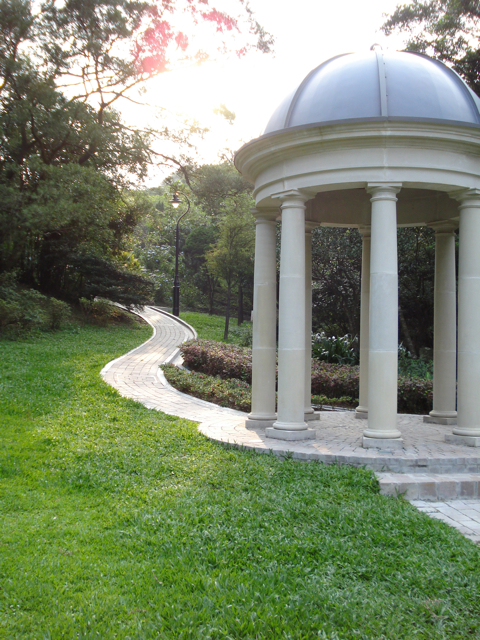 A gazebo on Governor

At present, in this vicinity, the best part of the land is not private property; the landscape is not owned, and the walker enjoys comparative freedom. But possibly the day will come when it will be partitioned off into so-called pleasure-grounds, in which a few will take a narrow and exclusive pleasure only, – when fences shall be multiplied, and man-traps and other engines invented to confine men to the *public* road, and walking over the surface of God’s earth shall be construed to mean trespassing on some gentleman’s grounds. To enjoy a thing exclusively is commonly to exclude yourself from the true enjoyment of it. Let us improve our opportunities, then, before the evil days to come. 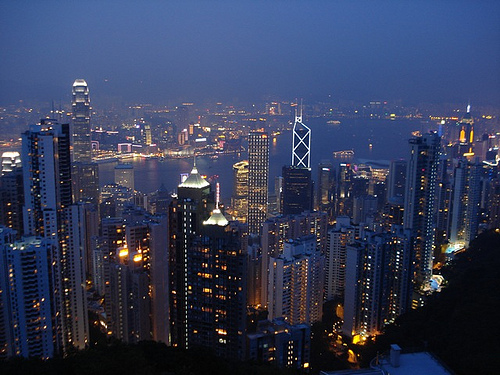 HK at night from the Peak

The Dragon’s Back trail is so named because the undulating ups and downs of this path through hills and valleys makes you think you’re treading on the spine of a prostrated beast. The trail is gentle and gives marvelous views of beaches teeming with sun-seeking leisure goers, yachts making their way through the South China Sea, and far-flung uninhabited islands. 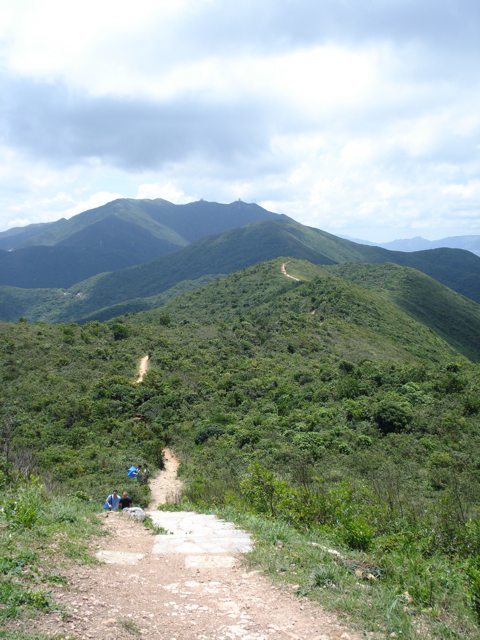 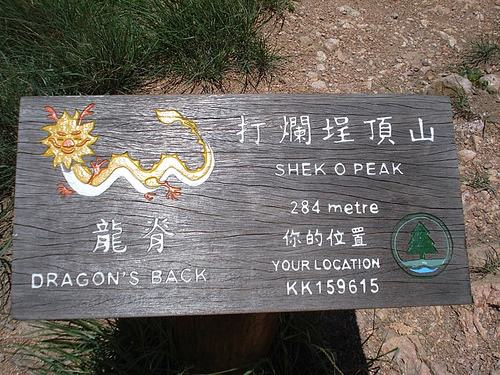 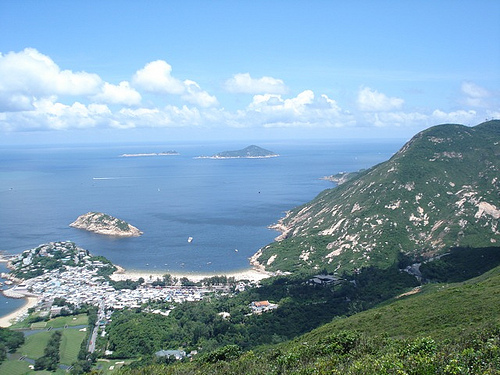 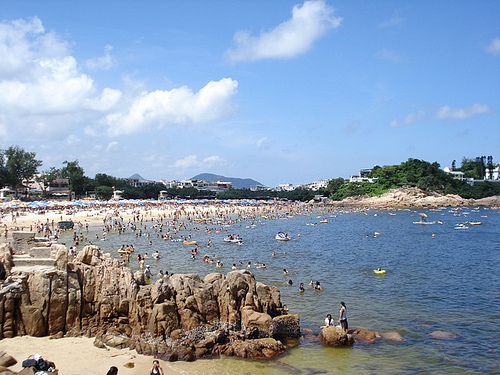 I went to Shek O beach on the anniversary of HK

The weather on mountaintops is extremely unpredictable. One moment, it’s completely sunny with vistas of towering mountain ranges and vast tracts of sprawling urban centers; the next moment, you’ll find yourself engulfed in rolling plumes of mist and unable to see anything more than several meters away. As the winds push super humid air up the mountains, temperatures drop and clouds materialize, hanging mysteriously in fragile formations as the air sweats out its latent water. It s a wondrously otherworldly experience to walk in these clouds. You feel like you’re venturing through some alternate dimension suspended between heaven and Earth. Look up and all you see is clouds; look down and even the ground seems to fade from view as the mist swarms around your legs. Suddenly, a slit opens in the clouds above unleashing a flood of sunlight, and all the mist around you evaporates just as quickly as it appeared. 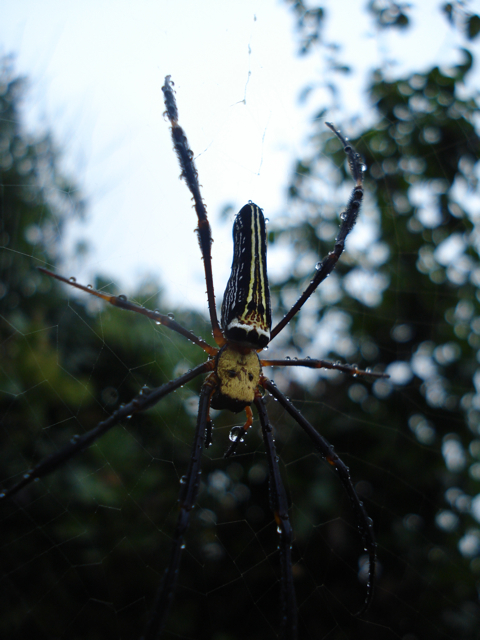 Golden Orb Spider (Nephila pilipes) can grow to 50mm in length and spin webs three feet wide that have yellow orbs on some strands and are strong enough to capture small birds. Can you spell badass? 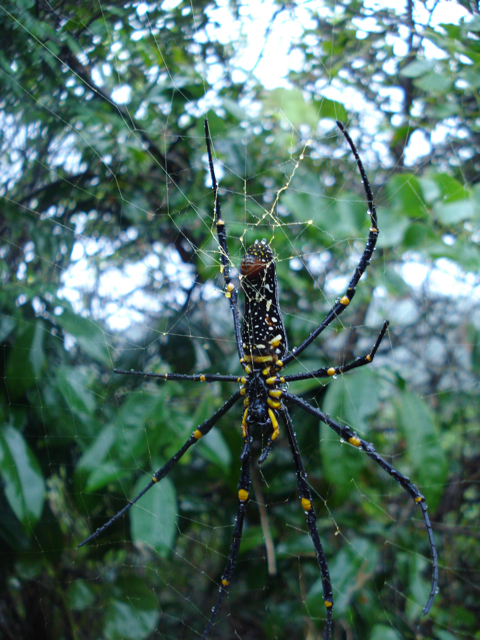 After an entire week of crowds, fumes, and fluorescent lights, I retreat to the beaches of Shek O, the woods of Sai Kung Country Park, or the peaks of Ma On Shan. Here, there’s no trace of the daily grind, urban throngs, or artificial amenities. The mountains are a sanctuary where I get my weekly fix of solitude, wholesome air, and Mother Nature.

I ran out of stuff to say. Shocking, I know. So here’s a bunch of photos for your mindless viewing pleasure.

268 steps lead to the Tian Tan Buddha on Lantau Island

s face is the manifestation of Nirvana.

Landslides? Fuck that. We hike anywhere we please.

Life consists with wildness. The most alive is the wildest. Not yet subdued to man, its presence refreshes him. One who pressed forward incessantly and never rested from his labors, who grew fast and infinite demands on life, would always find himself in a new country or wilderness, and surrounded by the raw material of life. He would be climbing over the prostrate stems of primitive forest-trees.

Looking up towards Lantau Peak, second highest peak in HK, its summit shrouded in mist. (photo courtesy of Yipeng Huang) 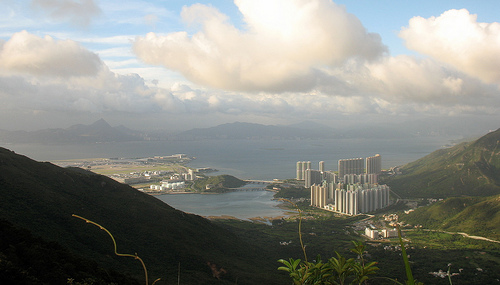 South side of Lantau (photo courtesy of Yipeng Huang) 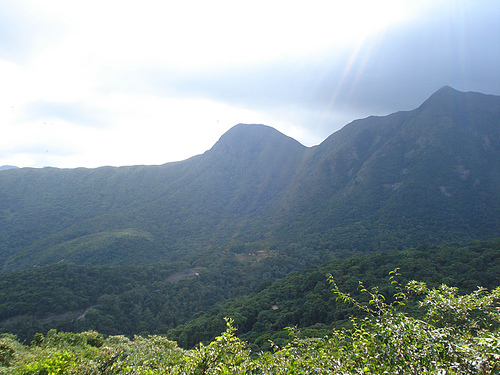 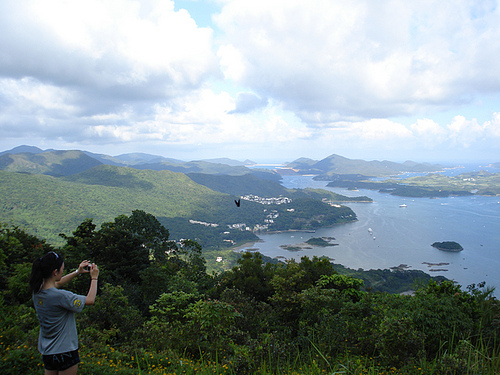 Sharp Island off the coast of Sai Kung town 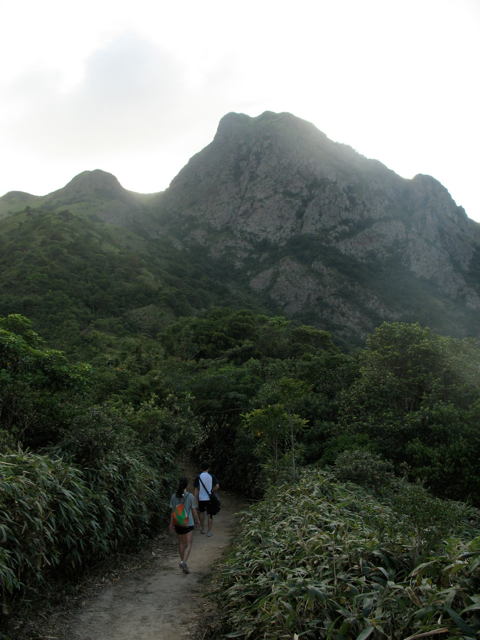 For I believe that climate does thus react on man, – as there is something in the mountain-air that feeds the spirit and inspires. Will not man grow to greater perfection intellectually as well as physically under these influences?…I trust that we shall be more imaginative, that our thoughts will be clearer, fresher, and more ethereal, as our sky, – our understanding more comprehensive and broader, like our plains, – our intellect generally on a grander scale, like our thunder and lightning, our rivers and mountains and forests, – and our hearts shall even correspond in breadth and depth and grandeur to our inland seas. 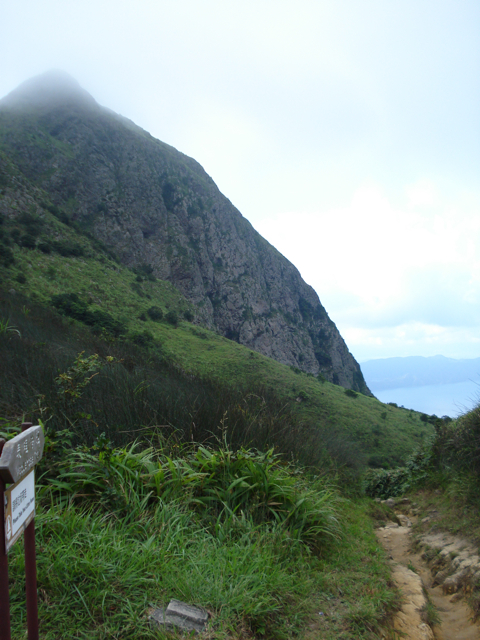 Preparing for the final ascent up the cliff 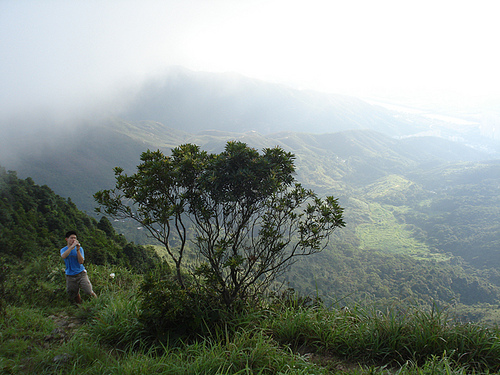 …the natural remedy is to be found in the proportion which the night bears to the day, the winter to the summer, thought to experience. There will be so much the more air and sunshine in our thoughts. The callous palms of the laborer are conversant with finer tissues of self-respect and heroism, whose touch thrills the heart, than the languid fingers of idleness. That is mere sentimentality that lies abed by day and thinks itself white, far from the tan and callus of experience. 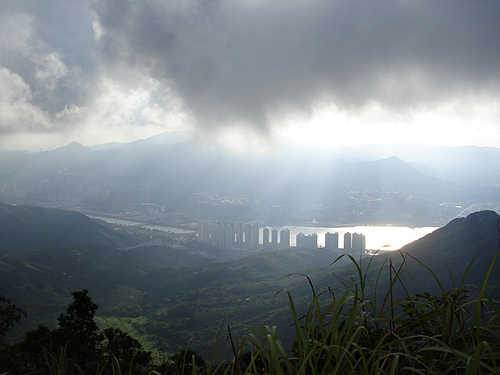 But there is another kind of seeing that involves a letting go. When I see this way I sway transfixed and emptied…The secret of seeing is to sail on solar wind. Hone and spread your spirit till you yourself are a sail, whetted, translucent, broadside to the merest puff.